#‎JeSuisCharlie‬ – I stand with Charlie Hebdo

Gunmen have shot dead 12 people at the Paris office of French satirical magazine Charlie Hebdo in a militant Islamist attack. Four of the magazine’s well-known cartoonists, including its editor, were among those killed, as well as two police officers.

Clearly, only the worst people alive could commit such terrible acts. If these terrorists are driven by religious fanatacism then I hope they burn in whatever hell their fevered minds imagine. 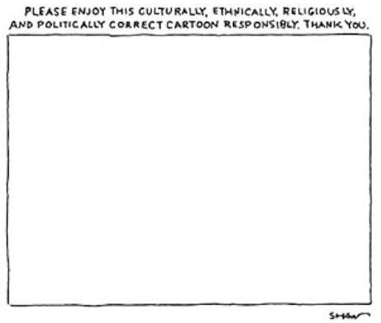 These masked men killed twelve people in cold blood, because the news paper they worked for published a cartoon that the masked me didnt like. Just think about how insane that sentence is?!

English PEN condemns today’s shootings at the offices of satirical newspaper Charlie Hebdo as a shocking assault on press freedom and free speech. Writer and PEN Pinter Prize winner Salman Rushdie has issued the following statement about the horrifying events in Paris

Religion, a mediaeval form of unreason, when combined with modern weaponry becomes a real threat to our freedoms. This religious totalitarianism has caused a deadly mutation in the heart of Islam and we see the tragic consequences in Paris today. I stand with Charlie Hebdo, as we all must, to defend the art of satire, which has always been a force for liberty and against tyranny, dishonesty and stupidity. ‘Respect for religion’ has become a code phrase meaning ‘fear of religion.’ Religions, like all other ideas, deserve criticism, satire, and, yes, our fearless disrespect.

Religious Extremists of all shapes and sizes.

It’s all the same shit to me…. Feel free to believe in whatever invisible beings you choose. Feel free to voice your opinions and beliefs. But dont terrorize, bully, threaten and murder non-believers for doing the same. Let the rest of us live our lives peacefully.