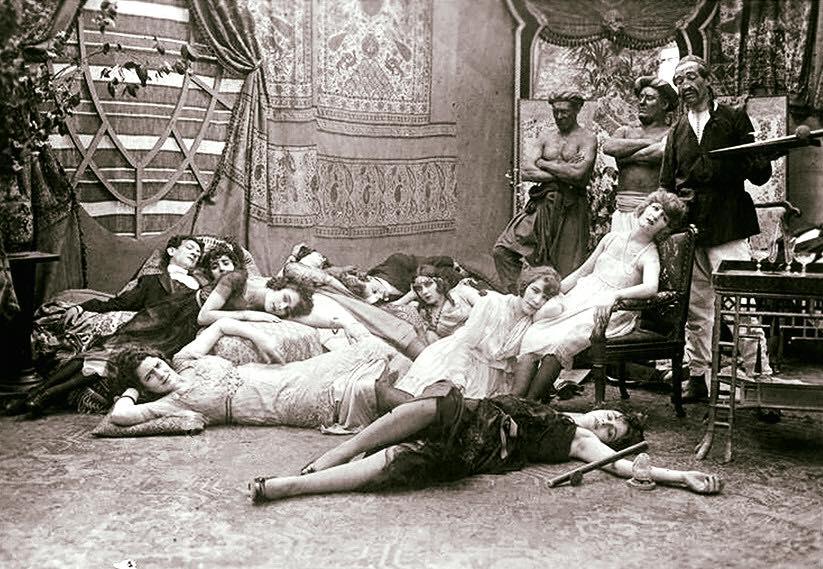 My earliest exposure to BIG COMPUTING was back in the late 1980’s. Computers were a new thing to the world, business were running on mainframes or a new range of mini-computers. The personal computer was just evolving and the brand of “mini-computers” was about to be renamed “mid-range”.

My first job, working for a manufacturing and distribution company, was as a trainee programmer working on the freshly installed IBM System38 machine. This was the predecessor to the IBM Application System 400, aka AS400.

Even though in computing terms its almost the reverse. Things start BIG and get smaller and smaller.

The first big creamy beige box I personally worked on was the IBM System38. The size of a family car with a clonky keyboard great big whirring tape drives… ahh those were the days! 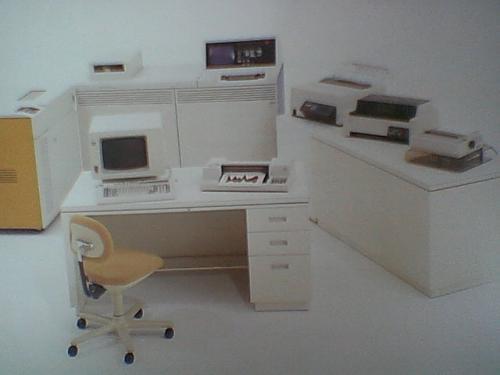 Maybe the saying would be true if Acorns grew into Bonsai trees.

The Series 1 was the first big midrange box to come out of IBM – and slightly before my time as well. I really dont know anything about this box apart from it looks like something straight out of the set of Space 1999: 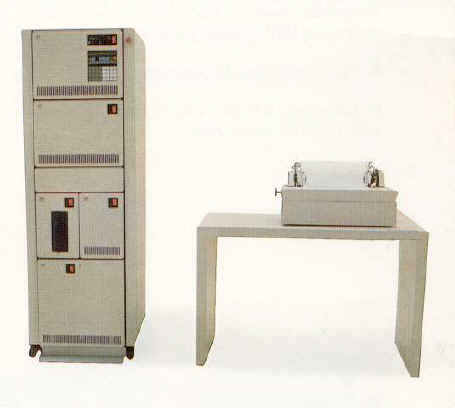 Now here’s a weird one. So the System 36 came out after the system 38 and had lots of neat features – POP is a memorable one that later became PDM on the AS400. The 36 was notable smaller and faster but was killed out in favour of the System38 as the S38 grew in strength and power. 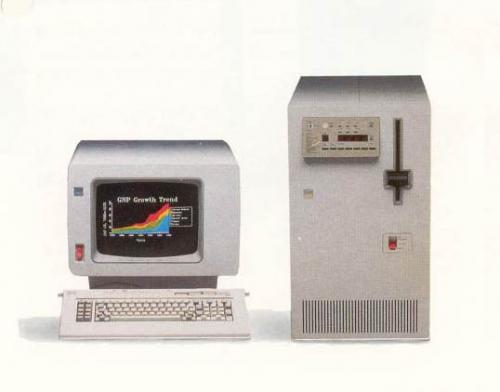 This was the first big IBM computer I worked with. Back in the days when hair was dark, waistlines were trim and hopes were high. Apparently the System 34 was also around at this time, but I never came across it. I spent many a long weekend in the computer room with the massive System 38 switching out the fancy 8″ diskettes from the front hopper for backups. I even accidentally pulled the red IPL plug when being a bit to inquisitive one saturday afternoon (less said about that the better) 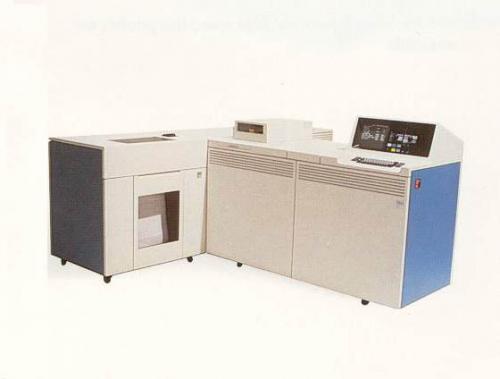 The System/38 was built on the S/3 (1969) but being very different from it. Designed by Dr. Frank Soltis, it grew from the S/3 to the S/32 (1975) and S/34 (1977), and was finally announced to the public in 1978. In1 983 the S/36 was released as the latest variant of the S/3. This release was done to satisfy S/32 and S/34 users who found the S/38 to large and expensive for their needs. Then IBM started an attempt to combine all of it’s (incompatible) midrange computers into one. This was project Fort Knox. Fort Knox would replace the S/36 and S/38, Series/1, RS/6000 and a bunch of small IBM mainframe systems. The project failed disastrous. At some point IBM even declared the S/38 as “non­ strategic”, and discouraged customers from buying the system. This made it difficult for the S/38 to remain competitive, and left Rochester with nothing. Rochester’s backup plan was project Siverlake. This project took some stuff from S/36, S/38, some leftovers from Fort Knox and turned this into the AS/400. In many ways the AS/400 was just a new implementation of the S/38. It was announced to the public in 1988. Note that the System/38 was not built on the System/370. Many people declared this in the past and IBM even funded projects to make the S/38 software run on the S/370. All these projects have failed. Note that the S/370 was preceded by the S/360 (1964). This range of systems led to today’s System z. To make a long story short, in the past the AS/400 was renamed several times: ● AS/400 ● AS/400e ● eServer iSeries ● eServer i5 ● System i5 ● System i ● POWER systems

Ahhh… This is my personal favourite and still close to my heart. The sexy blackness of it all. the VHS cassette sized QIC120 tape drives. It had a key and LCD status codes on the front. Oh it was so Star Trek it was unbelievable. I can clearly remember my first day of jumping on a model B10 at Toshiba in Frimley. OOOh, the excitement of typing in WRKACTJOB rather than DSPACTJOB. 😉

The Application System 400 was developed at IBM Rochester, Minnesota as a so called midrange system.

Known to have some kind of “fortress” mentality, Rochester systems didn’t had large influences from East Coast universities like MULTICS, Unix, VMS, Windows NT and IBM’s mainframe operating systems had.  This resulted in Rochester’s systems being separatist and different. The Rochester system code is not  shared with anyone, not even inside IBM. No one except the system code developers in Rochester can  generate system code.

in the past the AS/400 was upgraded, replaced and even simply renamed several times: AS/400 renamed AS/400e upgraded to eServer iSeries renamed to eServer i5 ●upgraded to System i5 ●renamed to System i and massively revamped to become an IBM POWER system. Now able to run multiple operating systems, in logical partitions, the grandson of OS400 is called IBM i.

AS400 is dead, It’s time to Modernize and embrace IBM i