RPG is not a Rocket Propelled Grenade

RPG2 is that Logic Cycle Thing

RPG3 is the System/38 version

​everything after that is RPG… unless its ILE then its RPGLE or sometimes RPG4, or its free format so its RPGLE /Free… or its SQL so its RPGSQL or SQLRPGLE… or as many people call RPG/Free – RPG FIVE….. aaaargh

Why doesn’t IBM just have a simple version number for each iteration of the wonderful IBM RPG programming language?

I love the enhancements to RPG with IBM i V7.1.7. RPG finally looks and reads like a normal modern language. With the advent of this latest version of IBM i, RPG has been neatly upgraded to be a fully free format language. This is a long overdue and a significant change to the language itself.

So should it still be called RPG4?

If we keep the same name how do we know if its the column based RPG4, the partially free format RPG4 or the (latest) fully free format RPG4? So what do we call this new version… erm release… erm thing of RPG? After scratching my head I think I’ve found an obvious and very simple idea for solving this RPG naming mess: Associate the OS version with the version of the RPG code that’s being written. Then just like the rest of the software world, its clear which version of the language we are using and as each version has its own new and improved operation codes we will know exactly what to expect when we look at the code. Makes perfect sense right?

So, this current and most modern version of RPG should be called RPG 7 – or RPG 7.1 TechRelease 7 for those sticklers for accuracy. 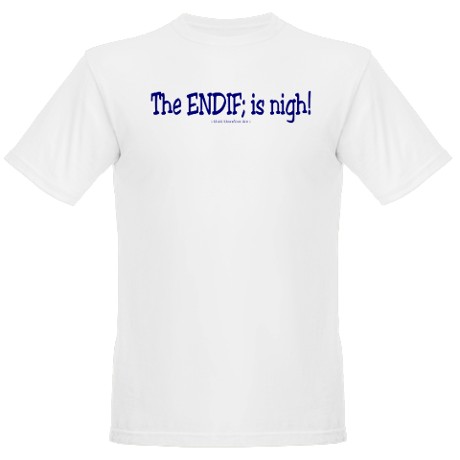 This makes so much sense to my poor overworked programmers brain. Maybe it needs the idea to be planted for it to grow…. Just like the #IBMiSTEPUP campaign maybe we should have an #RPGStepUp campaign at the same time.

As I’m typing this I’m thinking… this is going to start a flame war amongst my fellow gray haired senile RPG programmers… people wont like the ‘technical’ inaccuracies of the versions. Then I realized that it is this level of bickering that is destroying the language itself.

It’s the very heritage of this superb business language and the way its grown over the years that makes it so strong. But it’s the poor marketing from IBM and the even poorer marketing from us (the programmers) that have talked down RPG’s capabilities. If business users don’t realize that RPG is a completely different, modern, integrated, web capable and evolving language and is not the old green screen report generator from the eighties then we are effectively writing our own obituary as software developers. It’s up to us to promote the capabilities of this language.

I have been assimilated.

RPG7 is the dogs bollocks, and I’m proud to call it my friend.