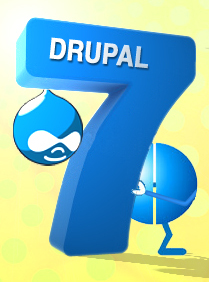 This website has been running on the Drupal CMS since upgrading from Joomla to Drupal 5 back in 2007.

I’ve closely followed each new Drupal release and experienced the teething pains as modules have evolved to the exciting state they are in the moment. Drupal Rocks and I’m eagerly awaiting the new Drupal 7 release (as soon as some of my core modules are compatible – your hear that ubercart? 😉 )

During this time I’ve managed to thoroughly cock-up a number of drupal modules, and while playing the php-cleanup-game on nicklitten.com this morning I discovered something rather nifty.

Drupal stores some information about themes/modules/theme engines in a table named system. It’s easy to edit manually and shows every single modules that you have installed on the site back to the year dot. Basically, all you have to do in order to make Drupal forget your module is this:

Of course, to delete all the related modules and bits + pieces using the like opcode:

So thats the manual method. It’s really nice to cleanup the file. You can do it manually for modules that you want to re-install or just use the DEVEL module.

JULY 2017 UPDATE – it’s a new era. A WordPress Era. I still love Drupal, but was increasingly annoyed by problems with Druapl8 and decided to play with something new.

Upgrading to Drupal8 – Episode 3 The Return of the Jedi

Dude, how can I style Drupal CSS to make quotes look cool?

Website Cleanup – Delete Drupal Users who have no ubercart orders