So, the Boris the bloody annoying LR3 has been getting worse and worse… it’s at the stage now where I just dont trust it to drive anywhere. When it does start, I just leave it running on the street if I have to go into any stores… because there is simply no guarantee that it will start when I get back. It’s left me stranded five times in the last 3 months… I’ve had the car into two different Landrover Main Dealers – both of whom found no problems.

After leaving both dealers… the car refused to start within the next 24 hours.

Then I tried a Landrover Specialist and left the car there for nearly two weeks while I tooled around in a hire car… all the time there it started first time every time… the mechanic replaced the starter motor and then transmission switch (in case it was thinking it was in gear when trying to start). Then declared it fixed. The car ran perfect for three whole days after I got it back.. then it refused to start and left me stranded at work…

Over this last week it has taken between 5 and 30 minutes to get it started every morning and every evening. But at least it has always started eventually.

I bought a bike on Craiglist.

Then last Friday it refused to start in the morning… for over an hour… the battery nearly ran flat with my various attempts…. then as a last ditch measure (I think because he knew I had turned on the video) the beast fired up: 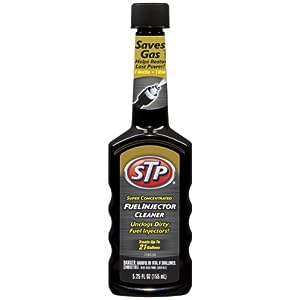 but the *cough* backfire sound is a clue….

I’m  hoping its a really GOOD CLUE because after I got Boris running I drove him straight down to the local petrol station and decided to try some injector cleaner and top up with Super. Hearing that cough sound made me think that maybe, just maybe, there is a little blockage in there somewhere that is just enough to stop it starting? I dont know. Anyway, I ended up selecting:

I will admit that I only selected it because it had the coolest looking bottle and had the word ‘SUPER’ in it.

Since adding the fuel additive… Boris has started first time… every time… yep thats Saturday, Sunday, Monday and Tuesday. First time in 6 months that he started and ran normally for four consecutive days…