Dude, how can I style Drupal CSS to make quotes look cool?

I wrote a blog earlier to day with lots of source code and comments in it. I wanted the program code that I included to really standout and be very readable and easy to copy/paste. The current CSS layout uses <PRE> which gives me a nice way of marking blocks of code and displaying them. When I put <pre>around something</pre> it already looks reasonably nice: 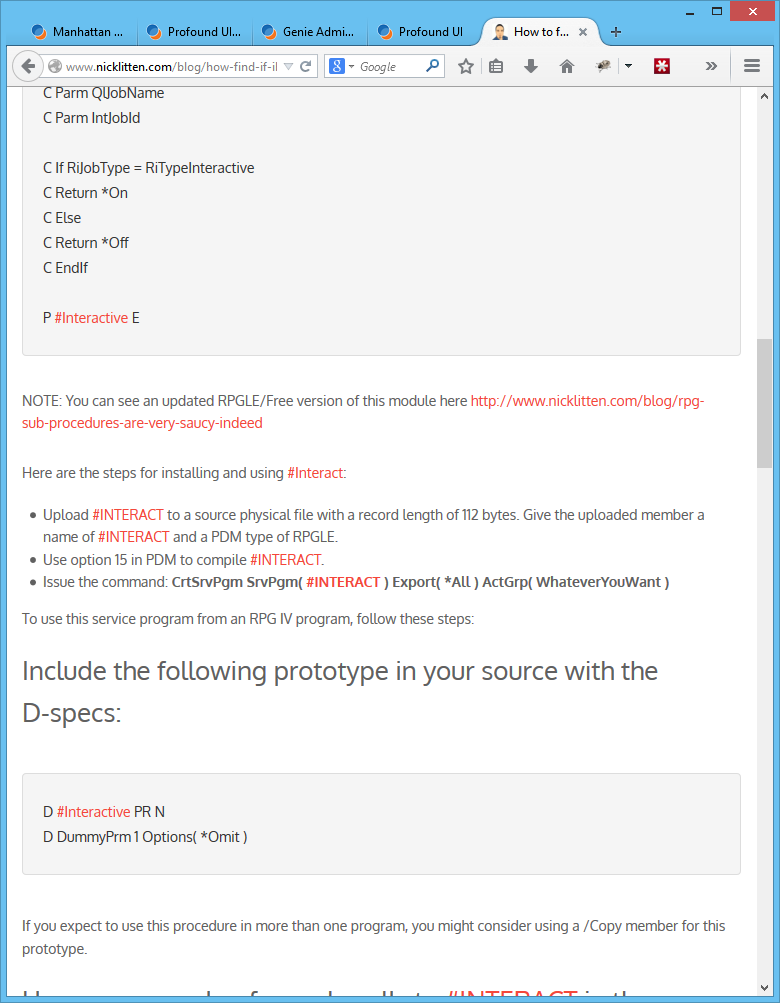 But I really wanted the the code to POP out – so delved into the world of theming Drupal. I soon, discovered that it’s not as complicated as you might think.

So lets replace the <PRE> CSS tag with a new one to make code quotes automagically look like this: 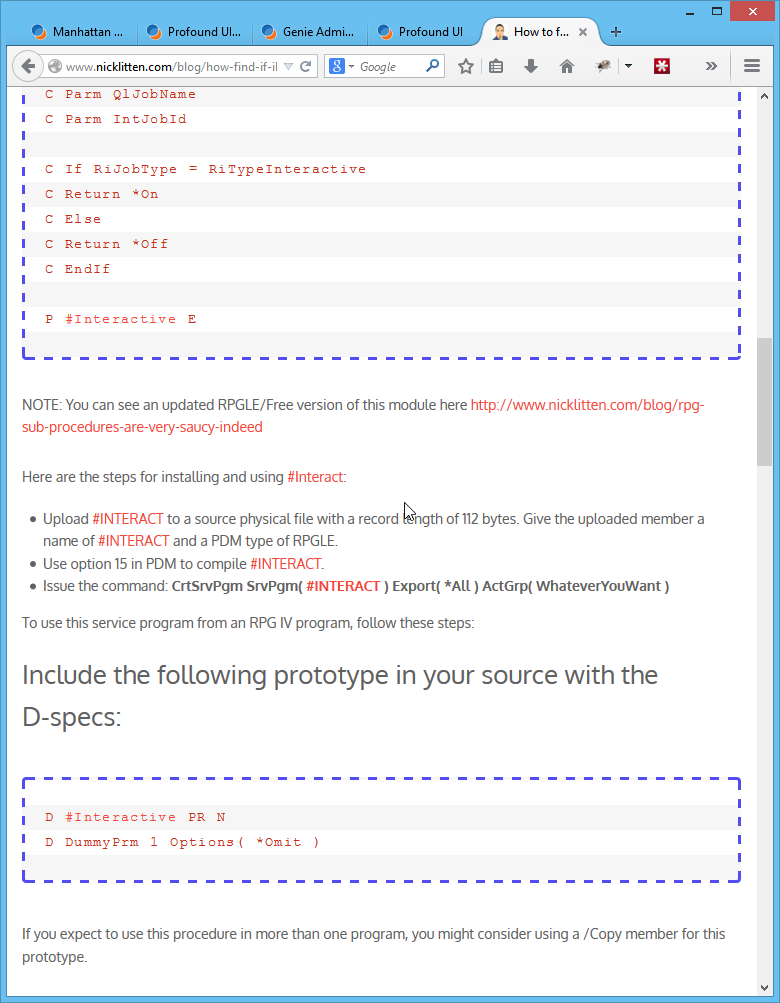 The nice effect of changing the drupal themes CSS is that it takes effect immediately and covers everything on the site.

Lets walk through how I did it:

1 – create a new CSS file in the theme folder

In this case I am using ../sites/a;;/themes/nexus so I created a new file called nicklitten.css

Look in your Drupal Theme directory and you should see something like this: 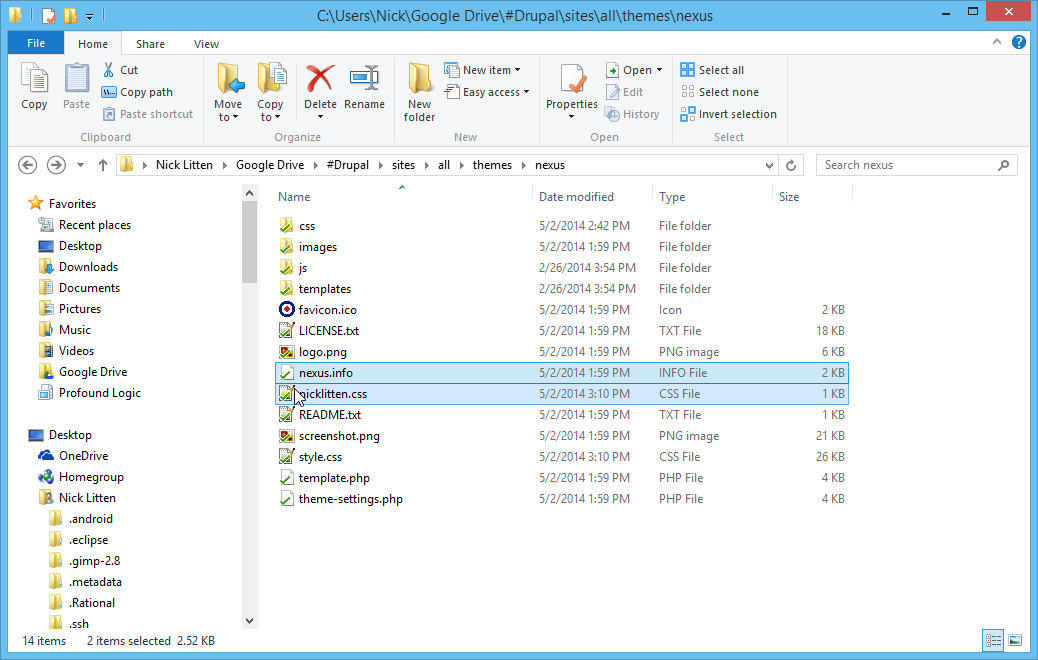 You will need to edit the THEME file to tell it to LOAD your new CSS. Simply edit NEXUS.THEME (or your *.theme) file and add a line that says: 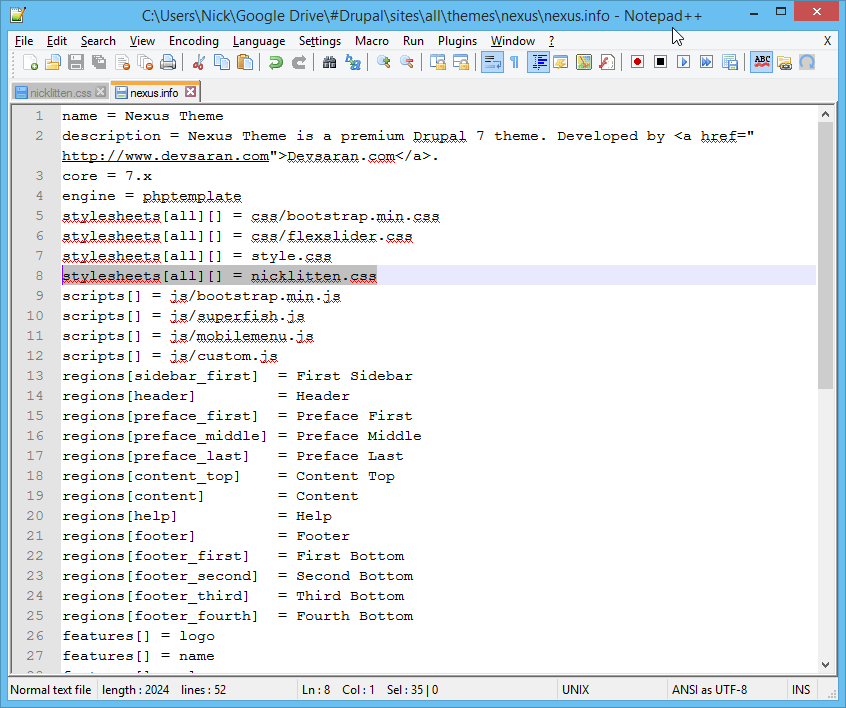 Now you can just edit your new CSS file to add anything you like.

And that is that.

ps: http://csstxt.com/ is a very cool site that lets you tinker with various CSS setting until you find the one you like