How to restore *SAVF from within a ZIP in IBM i – “Yep, it really is that groovy!”

So, I was trying to help out a buddy in the land of IBM i today. He was trying to install the most recent Beta of Projex4i IBM i Powertools on a clients IBM i Server. The problem he was facing was two fold (a) the connection he was using was very slow so trying to FTP 120+MB onto the machine was taking an age and (b) the FTP setup had blocked access to libraries on the box.

After some serious head scratching, I came up with a way of copying a compressed ZIP upto the IBM i System, and placing this nice small ZIP straight into the IFS. It makes perfect sense to transfer the smallest size possible and then extract (unzip) the file on the IBM i box itself, converting it to a regular *SAVF and then restoring the library. *BOOM*

I gotta write this down before I forget it:

We actually have two problems here:

So, lets start out by taking the latest version of IBMi Powertool Library from https://software.projex.com/download

The ZIP file contains a compressed LIB(PROJEX4I) – thus reducing the 127MB file to a mere 27MB. This screenshot shows these files in a windows folder on our local PC:

We are going to do this:

So lets do it…

Log into your IBM i Server and lets create an IFS folder to hold the ZIP file that we are about to send to the IBM i Server: 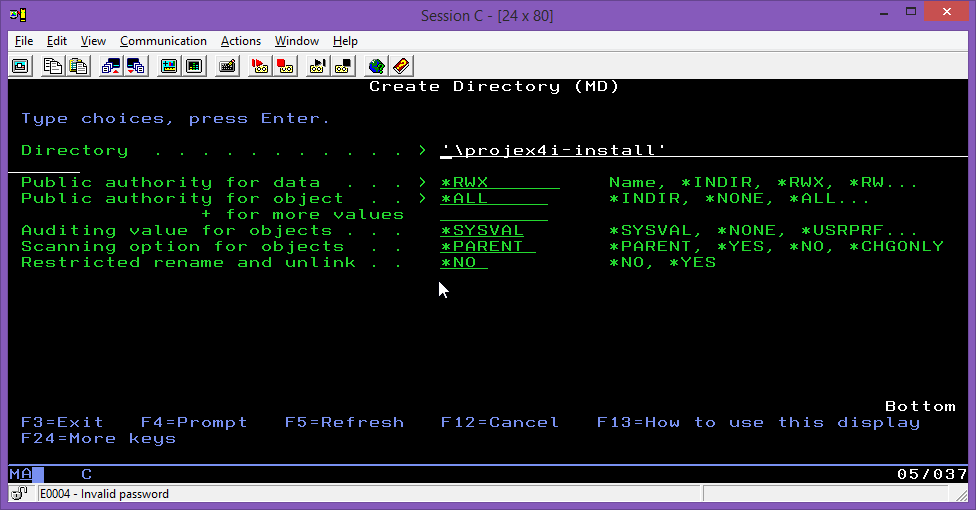 COPY/PASTE the ZIP to the IFS folder on your IBM i Server from windows.

NOTE: You can also use IBM i Navigator to do this. As long as you end up with the ZIP file living in to the IFS Folder that you just created, its not really important how you do it. 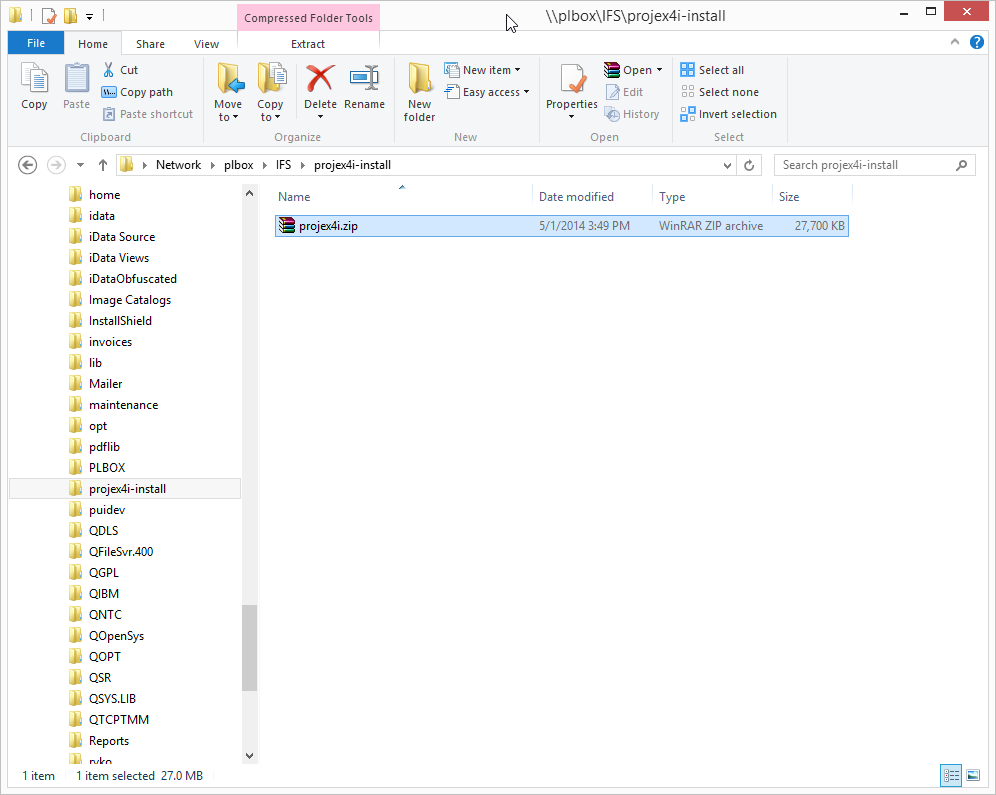 Log into your IBM i Server and lets use JAVA to unzip it locally: 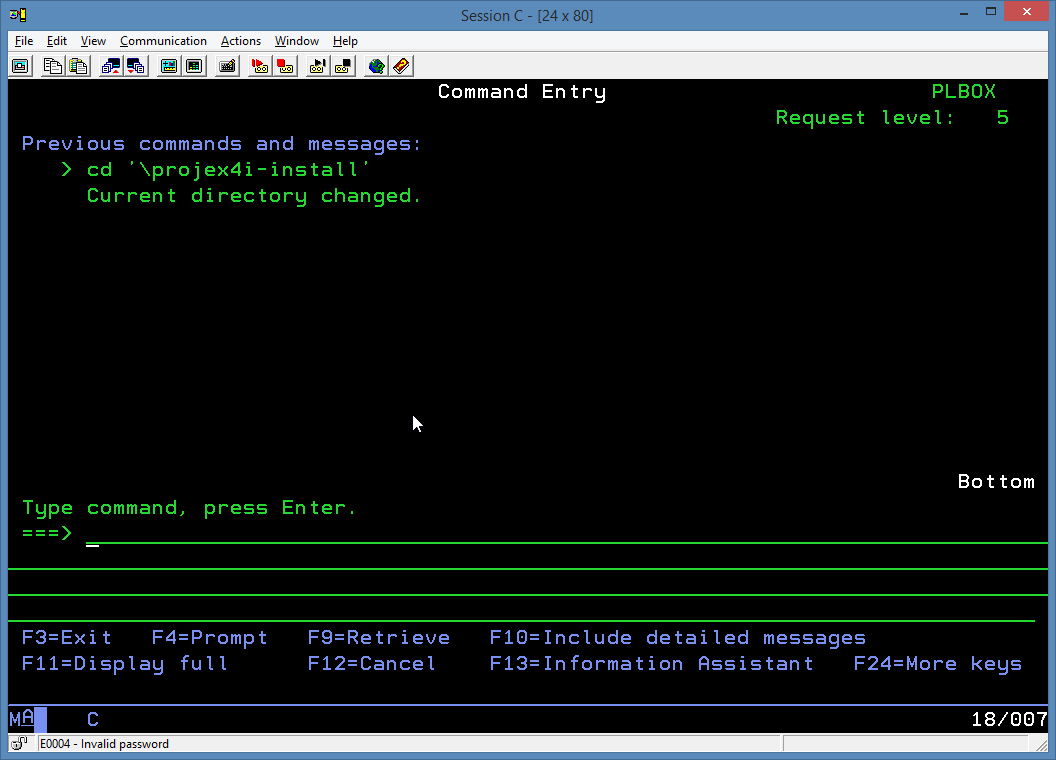 Now we are going to use JAVA to *unzip* our distribution file into the same folder: 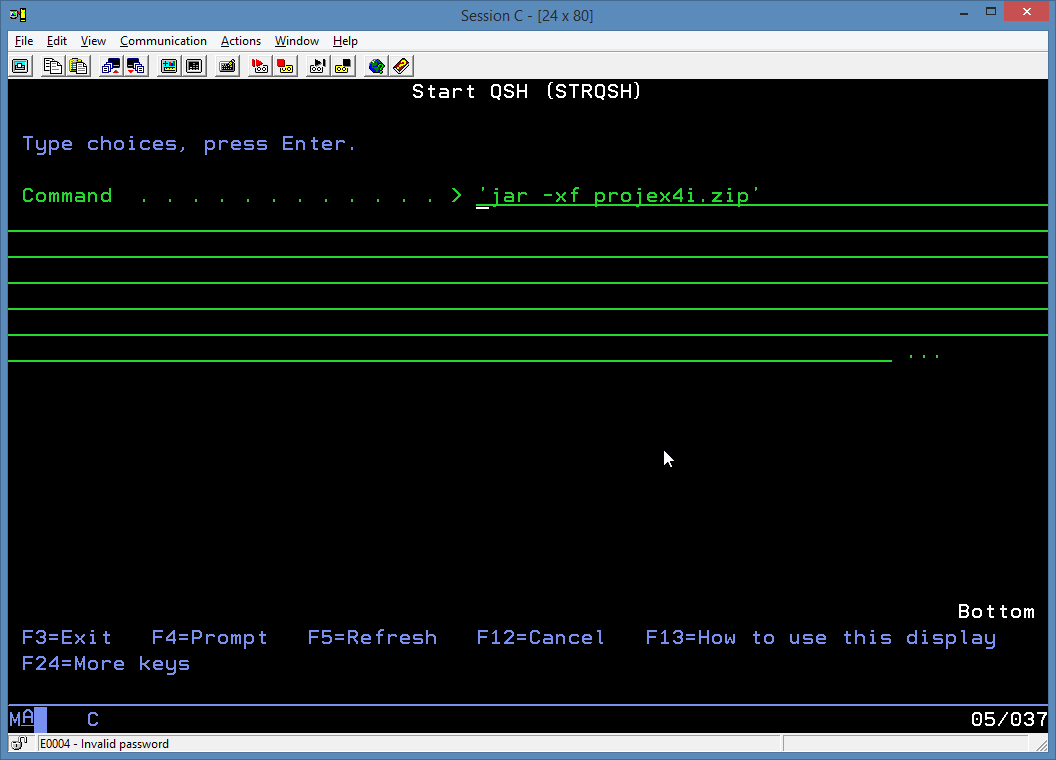 now it an unzipped file and we can use the IBM i TP Server to extract it back into itself and also create a *SAVF along the way. 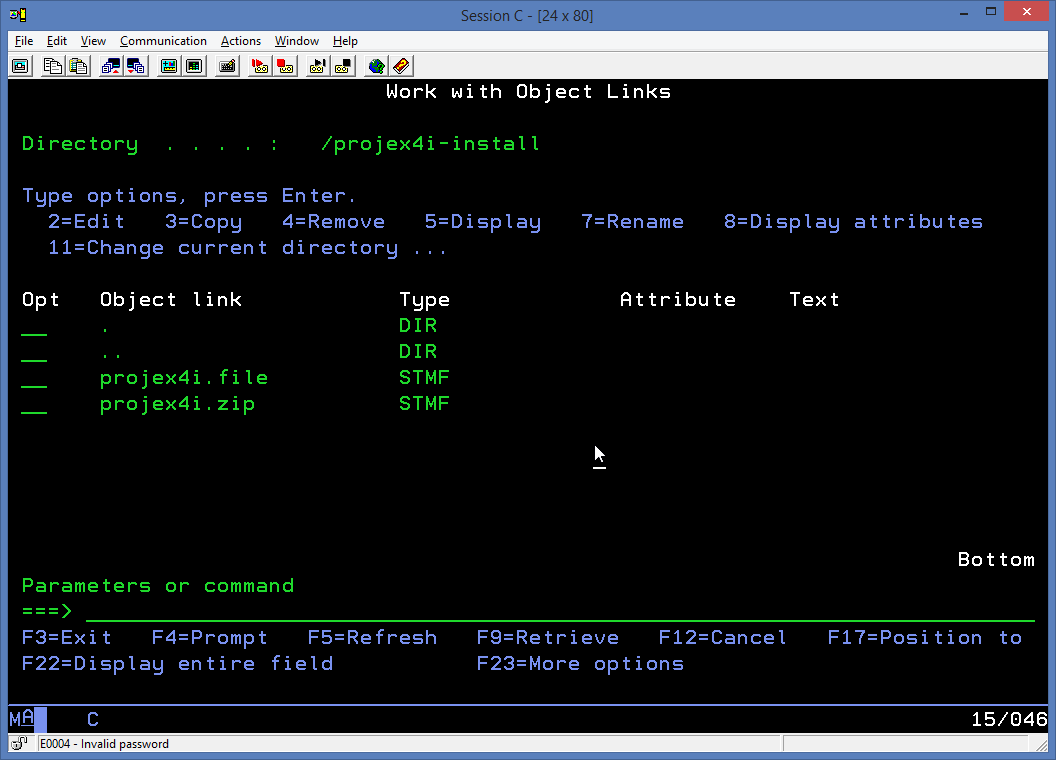 now we gonna create a SAVE file for it 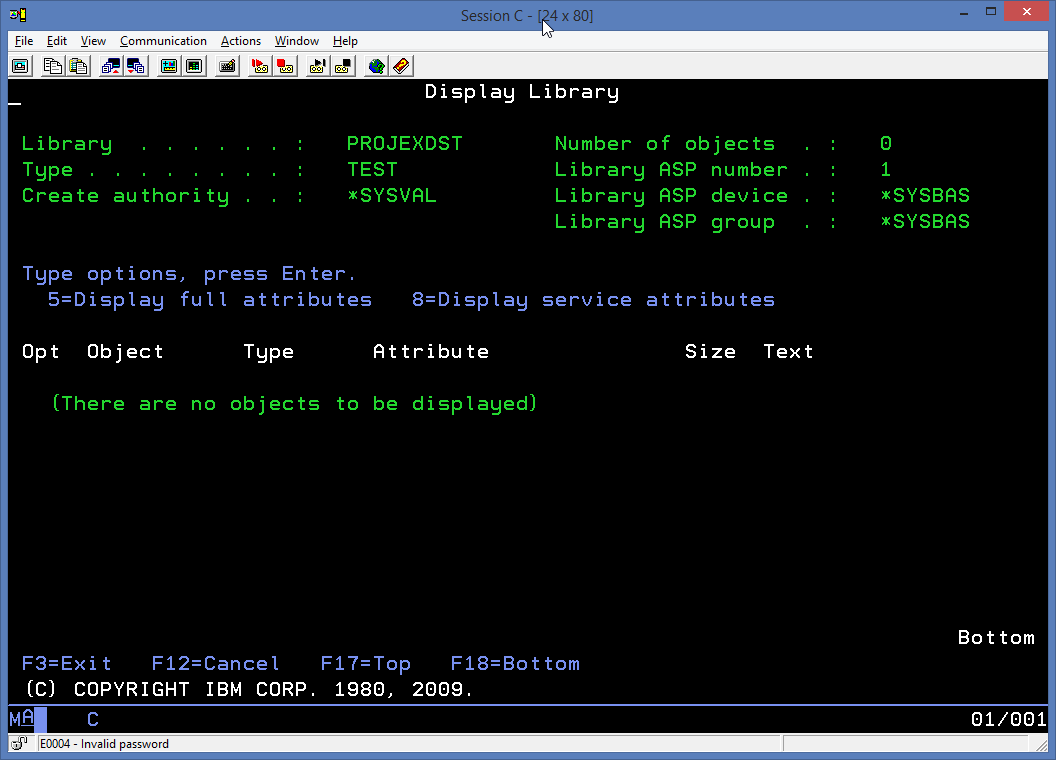 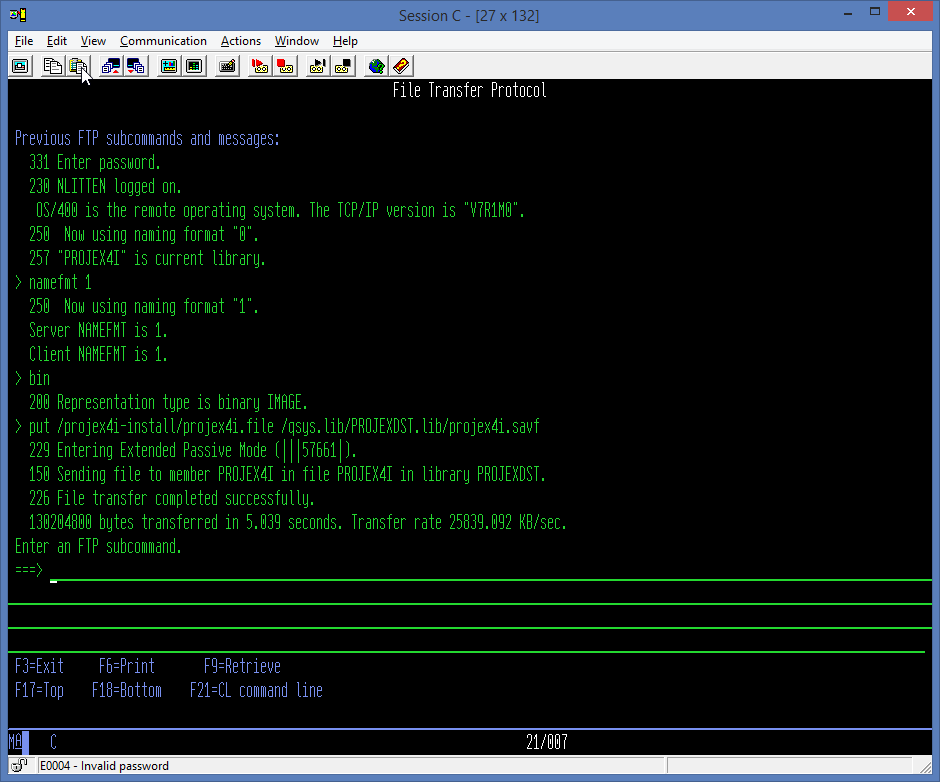 use QUIT to leave FTP mode

Should be all done – time to restore

Now lets check that the SAVF was created OK 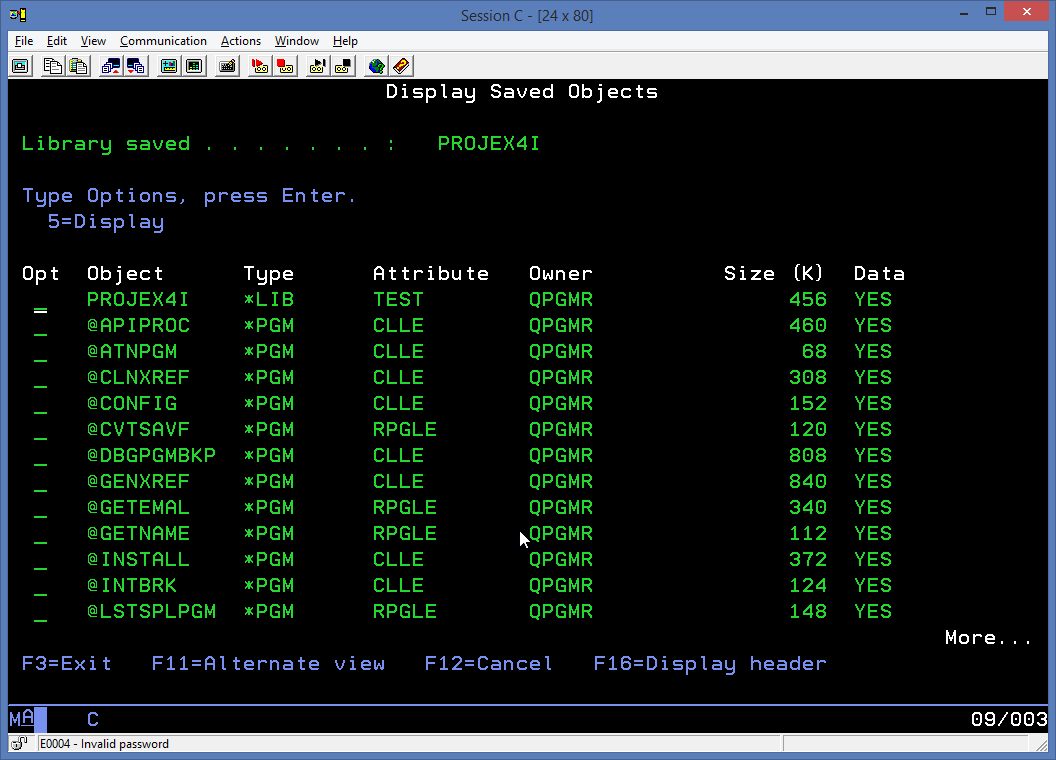 now go out and restore the lib