No. It’s a website which millions of people visit every day, or in some cases every hour of the every day so they can satisfy their inherent need to spy on their friends and family.

You can also really annoy people by persistently poking, hugging or smiling at them.

The facility to upload pictures and/or videos of family and friends and tag them as being in the aforementioned hollywood glitz is pretty cool, and just about the only useful thing on there.

/me admits quietly “Im on Facebook”. But in my defense, although I will admit to being a shameless self promoter of information technology and my involvement in various computer geekishness I do actually believe that the social networking sites (Facebook, Linkedin, Twitter and to a lesser degree Myspace and Bebo) offer some great business networking value.

The whole heartbeat idea was ground breaking and has really taken the internet by storm… the only downside to this was that it lead to the ubiquitous Twitter, which while mainly used by Americans, is insidiously creeping into the world at large. 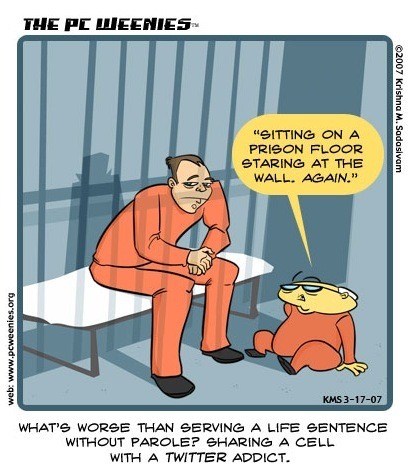 /me surfs off ping which to update my status… which will in turn update my facebook, twitter, myspace, linkedin, bebo and windows live accounts

How to Upload a SAVF with IBM I ACS a.k.a. Upgrade HTTPAPI (LIBHTTP) to V7.2

What is IBM i Email and SPF?

How to capture IBM-i job info for submitted jobs