HOUSTON, TX – Scientists rejoiced on Friday after learning NASA’s Phoenix Lander photographed what appeared to be evidence of life on Mars. At first inspection of the photo there seemed to be nothing remarkable about it.

However, when magnified several times, it became clear there was something more than just rocks and sand on the Martian surface. 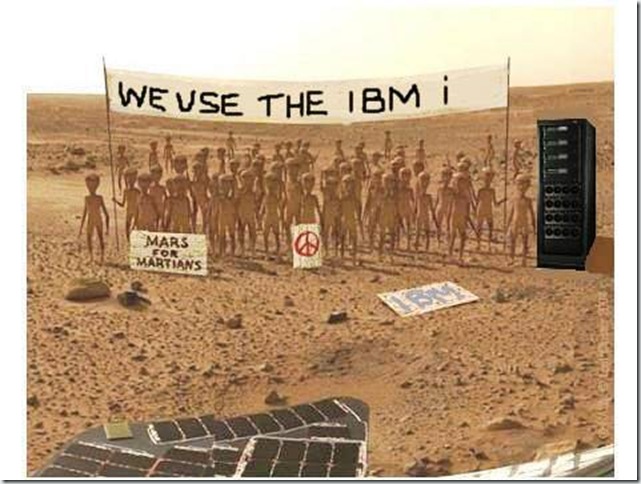 Peter Smith, the University of Arizona researcher who leads the Phoenix mission’s science team, announced late Saturday that colleagues were convinced that the apparent life forms were trying to communicate with the Phoenix Lander, although at this time it is only speculation.

“To me personally, it was such a thrill to find such strong evidence of life. I was disappointed at the references to the IBM i, since I am a Unix man myself. Still, I’m just sitting on the edge of my chair waiting to see what the Phoenix Lander will reveal to us next.”

In the weeks ahead, the spacecraft will attempt an unprecedented examination of the apparent life forms. Those findings may reveal evidence of extensive Martian life and even the possibility of intelligence.