RPG Programmer is the oldest profession?

There was a doctor, a civil engineer, and an RPG programmer sitting around late one evening, and they got to discussing which was the oldest profession.

The doctor pointed out that according to Biblical tradition, God created Eve from Adam’s rib. This obviously required surgery, so therefore that was the oldest profession in the world. 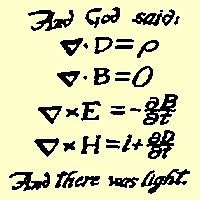 The engineer countered with an earlier passage in the Bible that stated that God created order from the chaos, and that was most certainly the biggest and best civil engineering example ever, and also proved that his profession was the oldest profession.

The RPG programmer leaned back in his chair, and with a sly smile responded, “Yes, but who do you think created the chaos?”