How to change a Files alternative name using IBM i SQL

SQL works very nicely on IBM i Servers — the added benefit is that we can access the database using SQL from other machines, access it using IBM SQL and also using Native (DB2) File IO. But, SQL has some features that native database IO does not support – huge long table names (aka “alternative name”) for example. “OLD RPG” programs can only access file names with a max of 10 characters so…

How can we read these long files names with an old RPG3 program?

We can use the SQL “alternative name” feature of SQL. So how do we change that with IBM i?

So, what happens when we use SQL to create a table with a long file name:

IBM i SQL creates this table with it’s glorious long file name and it also associates a shortened form of this name so we can read it outsicde of the SQL. The system generates a file name, in this case file(NLITTEN/THIST00001). Not a very nice name as you can see. Luckily we can rename this file using a couple of ways:

RNMobj from the command line

Use RNMOBJ and it doesnt alter the long SQL file name. So, in this example I use: 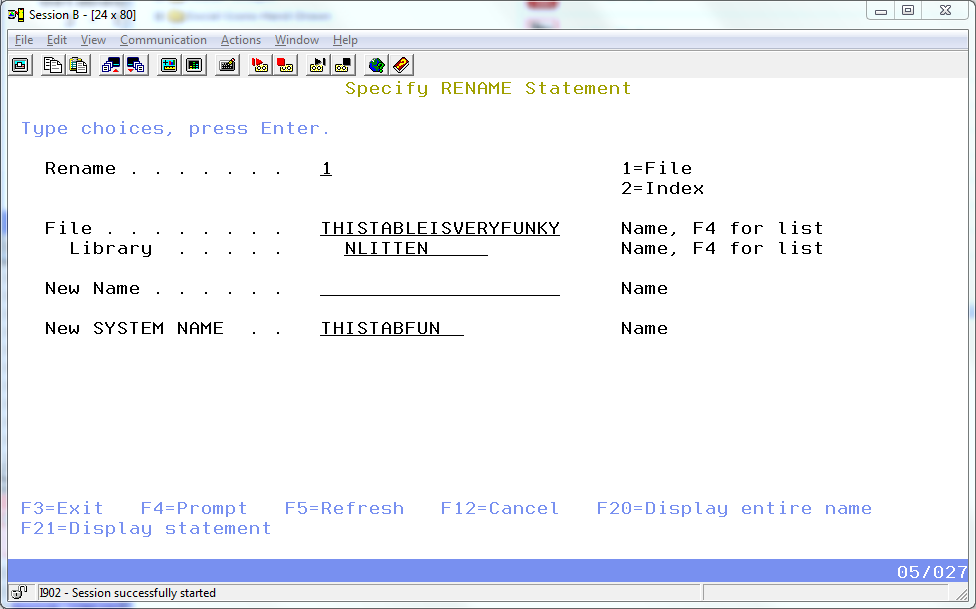 for the same result.

Of course none of this would be a problem if….

Doing Loop the Do Loops in RPG3 and RPG /Free