Programming, AS400, IBM i, iSeries

I’ve just installed WDSC7.0 for the first time (/me ducks from the barrage of rotten fruit launched at him from the rowdy-RDi-crowd) and have almost had a religious experience with it. 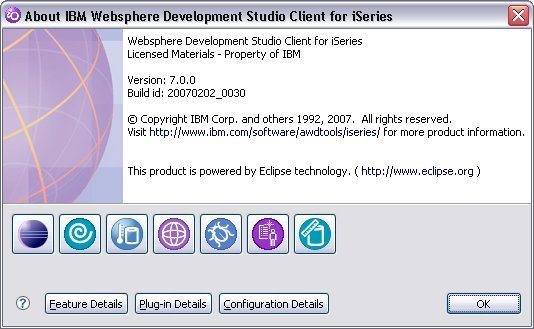 For years I’ve been feverishly hammering away in S.E.U. and P.D.M. mistakenly thinking that I just haven’t got the time to learn a new G.U.I for writing RPG and CL programs on the IBMi.

Look at that – I used WDSC, RDi, SEU, PDM, GUI and IBMi all in the same paragraph 😉 but at least I never used the word leverage or any other business junk phrases like lets run that idea up the flagpole and see who salutes

Possibly I’m the only IBMi Developer who wasnt already using a modern source code editor, in which case you’re laughing at me, but just in case you (dear reader) are still in the world of SEU then just stop right now and get a copy of WDSC7 from your IBM business partner. It’s FREE as its been replaced by the new, very expensive, Rational Developer (also called RSE).

From my perspective, WDSC7 is simply amazing.

Fully prompted code editing, automatic RPG3 code upgrades to RPG4, a fantastic SDA alternative and with the advent of the TN5250 client which integrates into it – I can now edit code, compile code, debug code, design screens and sign-on to the green/black environment all from within the same program. It’s simply amazing.

The Telnet client (which I will write about later because its so amazing it deserves its own write up) means you can look at code the old fashioned way: 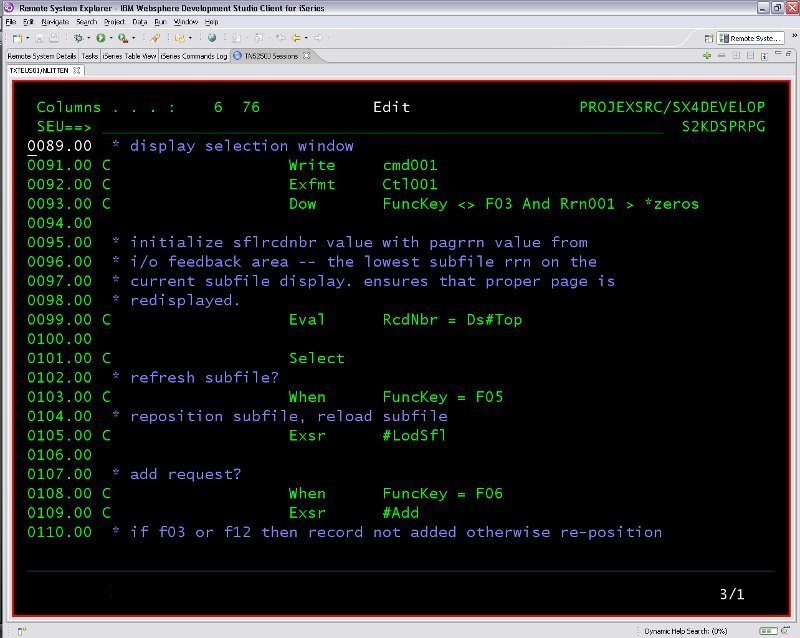 or with a simple click (or even using a PDM option which launches the LPEX editor you can edit the same code in WDSC which looks like this: 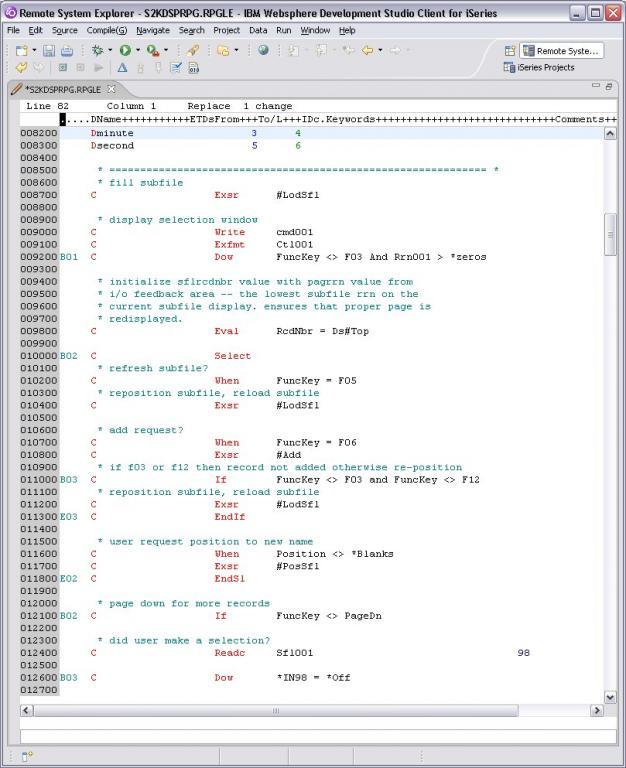 which of course is vastly better than SEU because not only does it still do all the old style SEU line commands but you can scroll up down, do global find/replace, prompt code, it colour highlights loops, opcodes and factor statements… the list goes on… I’ve got to stop before I get too excited.

Talking about excited – then I can click the convert to free form button which will automatically take my smelly old RPG3, give it a quick spit and polish and upgrade it to rpg4/freeformat: 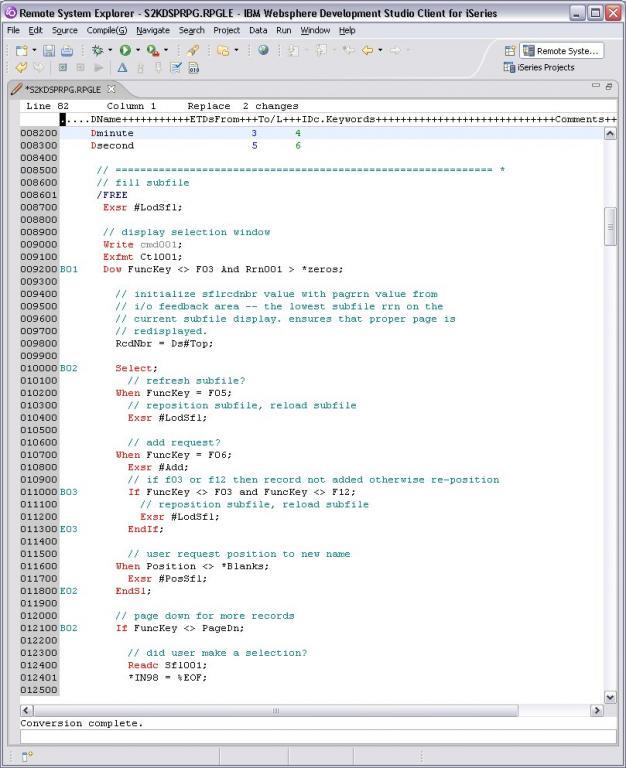 I am simply gobsmacked. It’s brilliant.

WDSC7 is revolutionizing the way I write code on the IBMi.