Windows 10 Technical Preview Will Be Available For Download Today

which is fancy speak for “a free testing version of the new windows can be downloaded today” and *click* I am downloading it right now….

Here is the skinny from techCrunch

The company’s new operating system is a long-awaited replacement for its beleaguered Windows 8.x platform. That version of Windows saw limited business adoption, and consumer fatigue.

On stage, Microsoft executive Terry Myerson stated that Windows has 1.5 billion users. Myerson indicated that Windows is at a “threshold,’ ironically. For more on the new operating system, head here.

The ‘Insider Program” is designed to let people get the new code, but with the expectation that they new stuff will be a bit off, here and there. New code is new code, after all. Myerson indicated that the new code is an attempt to “share more than ever before.” The goal, he said, is to build something for every Microsoft customer.

Windows 10 is the name for the “product family,” according to the company.

The full operating system will be available after Build in 2015, or, put another way, mid of next year.

Microsoft is releasing Windows 10 Technical Preview as an ISO download, meaning you can install it in a virtual machine, clean install the OS on a spare machine, or even attempt to upgrade your existing Windows 8.1 installation. It’s a very early build of Windows 10 so there will be bugs, but if you’re interested in testing the very latest version of Windows

So, what happened to Windows9?

Obviously, this is a sensible question and the answer is “There isnt one!”.

Windows 7 was a big success, Windows 8 has been *perceived* as a bit of failure. Personally i have a kind of love/hate relationship with Windows 8. LOVE: touch interface, speed and ease of use: HATE: it is overly focussed on touch-enabled devices and lack of decent *windowing* for Win8 applications.

For me, using a touch screen laptop it is nice compromise but it has two glaring problems that make me scowl on a daily basis. I am running Windows8.1 Pro and have simply resigned myself to living with the inconveniece of Win8 applications running in full screen mode (even though they do offer this cack handed screen sharing system of swiping down and cutting the screen in two, this is a big step backwards fro mthe windows7 desktop experience). My second niggle is the mising start key. “Yes” I have got used to swiping the side screen and typing the “name” of the program I want to launch into the search box, but this is still cumbersome and not as quick and easy for us technical windows users…

So, it seems to me that microsoft is bypassing Win9 and launching a whole new naming standard: Xbox ONE and now Windows TEN – might mean we have nine more microsoft goodies to look forward to 🙂

Surf off to the microsoft Preview site and Grab your copy from http://windows.microsoft.com/en-us/windows/preview-download 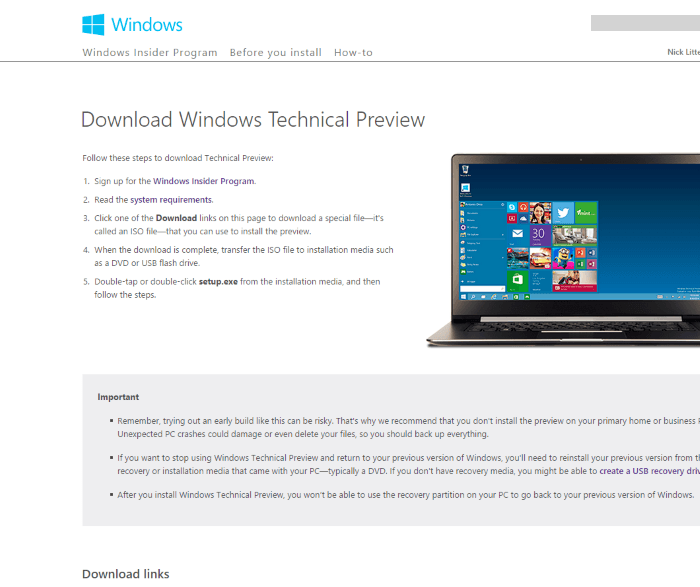 I need more Java! OpenJDK to the rescue :)

When to use EOF or FOUND in RPGLE?