Is Boris Dead? Did Boris the LR3 finally suffer his final breakdown?

Is this the End?

after swearing loudly I managed to quickly pull into a Shell Station which was conveniently only a hundred yards down the road. 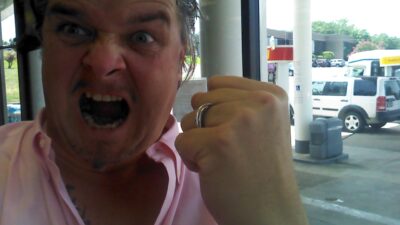 Boris quietly pulled up to a pump.. before spluttering and dying.

Insert Key and absolutely nothing happens.

Pop open bonnet (which is a hood to you Americans) and only a faint whiff of electrical burning smell. *gulp*

I’m typing this after it was towed off to a local garage for investigation.

If I had started numbering my vehicle breakdowns over the last two years I wonder if this one would have put me into treble digits?

Alas Poor Boris… aka… DEATH of a Landrover

July the 4th with a Bloody Landrover LR3 makes me curse